Have great fun!
There’s no place like the province of Rimini with such a high concentration of parks including amusement parks, entertainment parks and others that recall collective memory.
Over the years, this offer has grown thanks to the creativity and entrepreneurial spirit of the people of Romagna. Italy’s first theme park opened in Rimini – Italia in Miniatura offers a journey around the most famous historical monuments of the top Italian and European art cities with 272 scale reproductions. It now has many other attractions like water games, a science funfair, Pala PlayStation 3, an interactive driving school and much more.

Rimini has another theme park that opened some time ago, but has since been updated and renewed. Dedicated to the world of fairytales, Fiabilandia is ideal for all the family with over 30 attractions in 150,000 square metres of lush greenery, a large lake and numerous thrilling live shows.

One of the most famous water parks in Europe is Aquafan in Riccione: a theme park with one of the vastest selections of water attractions. Next to it is Oltremare, a theme park dedicated to the sea, the land and the sky with lots of opportunities to find out about the creation of the land, the evolution of animals, the various geographical environments and much more.
Inside the park, the most famous area is dedicated to dolphins that perform in the lagoon.

Close to the coast, visitors should not miss Cattolica Aquarium. The largest on the Adriatic, with an area covering 110,000 square metres, it is housed in the original Le Navi seaside holiday camp that dates from the early part of the last century and as its name suggests, resembles a fleet of ships. It has over 3,000 specimens of 400 different species of fish from all over the world, as well as otters, caimans, penguins, turtles, moray eels, sharks, jelly fish and piranhas and exotic animals like chameleons, spiders, insects and snakes.

For those who like to spend time in natural surroundings there is one new park for those who love adventure, thrills, spills and taking risks. Sky Park in Perticara di Novafeltria. It is the first adventure park on the Riviera of Rimini and is situated in the heart of the ancient Montefeltro area. Boasting 14 itineraries of differing levels of difficulty with 100 crossings from 0 to 16 metres above the ground, Sky Park continues to add new attractions for youngsters and adults alike where they can play safely and in respect of the surrounding environment. 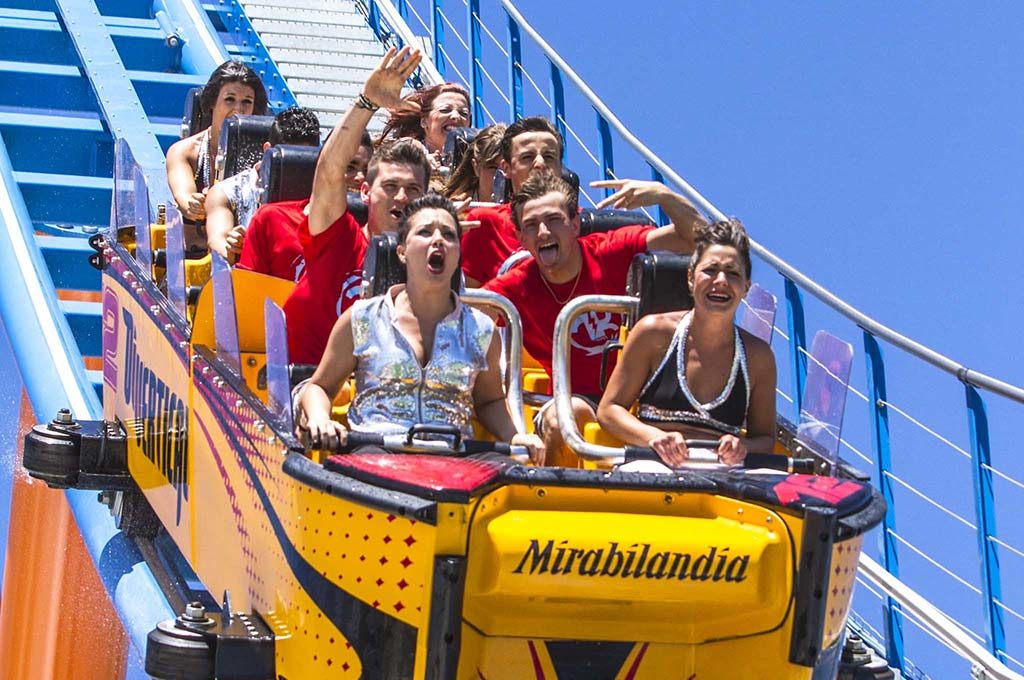